The Rise of Women Entrepreneurs & Startups 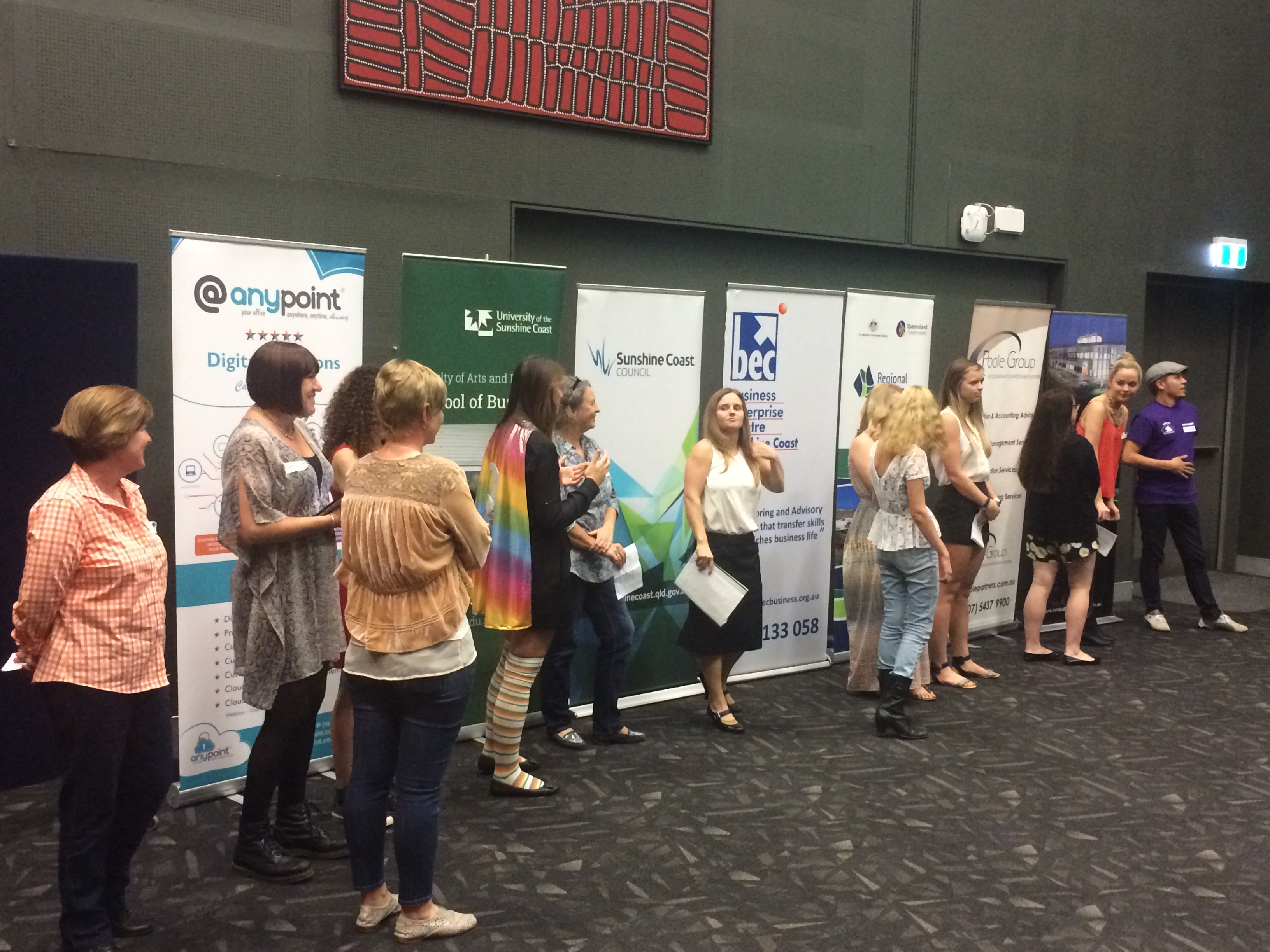 Over the weekend I had the privilege of judging the contestants in this year’s Startup Weekend on the Sunshine Coast #SWSC2015.

The area, also known as the Silicon Coast, is Australia’s hottest startup location has really made huge leaps and bounds over the past 12 months since the first Startup Weekend was held.

Having privately mentored, invested in and helped dozens & dozens of tech based startups from the Sunshine Coast over the past 6 years it’s absolutely fabulous to see so much startup activity now occurring. I lay credit to much of that with the Innovation Centre at the University of the Sunshine Coast who took the initiative to expand their activities into more public events things like Startup Weekend and Pitch Competition.

So it was a pleasant surprise indeed to be watching Friday night’s initial ‘Idea Pitching’ progress. As the 60 second ‘idea’ pitches got underway a queue formed to be next on stage to pitch. At the same time 200+ participants and audience were watching & listening to a plethora of ideas and energy being thrown at them.

“There was a string of ladies faces queued up”

And then I noticed a trend. There was a string of ladies faces queued up.

One, two, three … ten, eleven, twelve women lined up to pitch, and not a man in sight.

Were the men too scared or nervous? Who cares! How good is it to see a whole heap of passionate women pitching ideas to create amazing businesses?

And great pitches too.

From big data to crowd sourced science. From tourism to food distribution targeting not only national scope but global reach. These were not backyard hobbies being put out there. There were a number of full on serious business ideas being floated.

60% of pitches were from women

I counted the first 17 pitches all coming from budding women entrepreneurs. And not only that a full 60% of the 43 pitches on Friday were from women!

Now I shouldn’t really be surprised. Having mentored with the Cherie Blair Foundation for Women for a few years I’ve seen a steady growth in passionate women entrepreneurs around the developing world. And when you hear facts like 75% of all jobs created in Europe & the US since the Global Financial Crisis have been either startups or small business you’ve got to realise there’s a new movement going on globally. There’s never been a better time for women entrepreneurs to launch themselves.

The same sentiments were expressed a few weeks ago when I was in Silicon Valley. Several high profile tech industry businesswomen in the Valley and I were talking about the state of the startup scene in North America. There is currently a trend to more women developing smartphone apps although at the same time there is a curious trend in that less women are enrolling in computer science at university.

Another lady startup Founder I interviewed in Silicon Valley (for a new video series I developing with a colleague) also reflected similar thoughts in that women tend to be even more determined to create successful businesses these days. And this resilience is being noted amongst the investment community too I heard.

Whilst visiting a range of accelerators in California & Texas the other week I observed the greatest percentage of women entrepreneurs now filling the seats (and standing workstations) that I’ve ever seen in my nearly 30 years in the IT industry.

They were coding away, white-boarding new business models, discussing pivots as well as playing table tennis and drinking beers like only co-working spaces can do. More evidence that there is a serious trend in place.

In fact I was also lucky to participate in the annual UT Austin (University of Texas at Austin) Longhorn Startup Demo Day where I and about 1000 others watched a range of business pitches from student entrepreneurs out of their Innovation Program. Again quite a strong representation from women although not as high as #SWSC2015.

All in all there really is a sustained movement in women startups, and it’s absolutely fabulous to see.

I can’t wait to see the next range of great business ideas come to fruition.

NB: The Innovation Centre and the whole Silicon Coast movement has been supported heavily by a range of really passionate volunteers who keep the energy alive with regular meetups & events. The region is now attracting entrepreneurs migrating from interstate for the cheaper living costs and better lifestyle.

Mark Phillips is a tech-savvy entrepreneur, adviser & business mentor who is often seen doing business in bare feet. He empowers entrepreneurs into greater innovation to create unique, dynamic, profitable businesses that are standouts in their field. Mark has launched 4 start-ups & traveled over 100 countries.

Celebrating 10 Years Without a Tie

A client asked me yesterday when was the last time I wore a tie. I wasn’t sure where the question […]